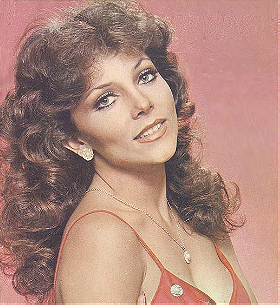 She started her career as a television actress, where she met comedian Manuel Valdés, father of her son Cristian Castro, and in fotonovelas and telenovelas while earning her degree in international relations.

Veronica's first brush with fame came appearing nude in Caballero Magazine, a men's magazine published in Mexico City, when she was only 16 years of age. She recorded her first album in 1978, a self-titled album, releasing three hit singles from it; these were "Mi Pequeño Ciclón", "Soy Celosa", and "Yo Quisiera Señor Locutor". The following year, she recorded another hit record with "Aprendí A Llorar" and famed Mexican producer, composer and singer Juan Gabriel penned the hit single, "Adios" especially for her, which became very popular.

After appearing in a series of films and telenovelas (El Edificio de Enfrente in 1974 and Barata de Primavera in 1978, among others) her career took off with Los ricos también lloran, playing a poor orphan, with Rogelio Guerra and Rocío Banquells. This telenovela became a success in Latin America, Spain, Croatia, Italy, France, Israel, Russia, China and the Philippines. The success of this story brought her newfound fame with her single, "Aprendí A Llorar". The following hit was "San Francisco De Asis". (: Two years later she played the main role in the telenovela version of El derecho de nacer. Because of her expanding fame as a world artist, she started recording her music in different languages and began to tour the world and perform in diverse venues.

In 1986 she performed in the Latin version of "We Are The World". She also released one of her most ambitious albums to date, "Simplemente Todo". The top selling singles were "Oye Tu", "Simplemente Todo" and "Macumba". She accompanied her singles with videos, becoming one of the pioneers of the MTV age in Latin America. She recorded the music video "Macumba". She worked in telenovelas in Argentina and Italy. ... (more) (less)
Tags: Mexican (1), Latina (1)
My tags: