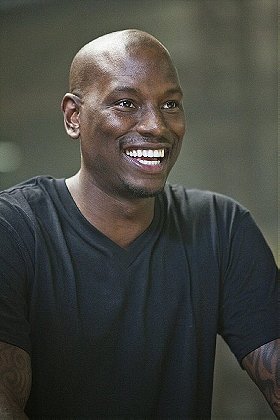 Gibson's career began when he auditioned for a Coca Cola commercial at the suggestion of his high school music teacher. An appearance in a 1994 Coca-Cola advertisement, singing the phrase "Always Coca-Cola", led to bigger fame. It led him to other appearances for Guess and Tommy Hilfiger. After developing a successful modeling career, Tyrese could not push aside his wish to develop a career in the music industry, a goal he had aimed to achieve since he started singing at the age of 14.

In early 1998, Tyrese was signed as an artist to early RCA Records. Afterwards, he released his debut single "Nobody Else". It quickly rose on the Billboard Hot 100 chart, peaking at #36. On September 29, 1998, he released his self-titled album Tyrese at the age of 19. It debuted on the Billboard charts at #17. In late 1998, Tyrese became the new host of the weekday music video show MTV Jams on MTV and a host and VJ for the channel. Afterwards, he released the second single from the album "Lately". It made it to #56 on the Billboard charts. Then, the album's third single and highest charting single "Sweet Lady" became the album's biggest hit, reaching #9 on the R&B charts. The single earned Tyrese a Grammy nomination for Best R&B Male Vocal Performance. The album eventually went on to be certified Platinum. Tyrese along with singers Ginuwine, RL of Next and Case were featured on the soundtrack of the The Best Man on the single "The Best Man I Can Be". ... (more) (less)
Tags: Male (3), Actor (3), American (2), Black (2), Damn/bring It/thats How We Do It In The Hood (2), Fast And Furious 2 (2), Cool (1), Movies (1), Hot (1), Lgbt (1), Gorgeous (1), Thats Whack (1), Born In 1978 (1), Baby Boy (1), Heavenly Melanated (1)
My tags:

IsabellaSilentRose added this to a list 5 years, 7 months ago
MTV Movie and TV Awards 2017 (76 person items)

johanlefourbe added this to a list 6 years, 2 months ago

The Fast and the Furious : an All-star cast (27 person items)