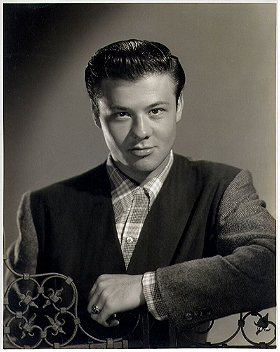 1 vote
View all Turhan Bey pictures
Popular leading man in 1940's Hollywood who, with his suave demeanor, exotically handsome looks and well-modulated voice, was first called upon to portray mysterious or villainous characters. Soon he would be teamed with other "exotics" (e.g. Maria Montez and Sabu) in a series of escapist adventures, filmed in glorious Technicolor and set in lands of fable, which proved most popular with movie audiences of the World War II years. But with the end of the war, his career (like that of Montez) would decline. He ultimately returned to his city of birth to pursue opportunities in commercial photography.
Tags: Born 1922 (2), Died 2012 (2), 1990s (1), 1930s (1), 1940s (1), Austrian (1), Producer (1), Actor (1), Supporting Actor (1), Died Aged 90 (1), B-Movie Actor (1)
My tags: