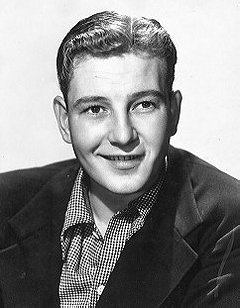 He started his acting career in 1938, with theatrical performances in Broadway, New York City. He appeared in the plays "Run Sheep Run" (1938) and "Clean Beds" (1939), He initially used the stage name "Richard Alden", but later changed his stage name to "Tom Drake".

In the early 1940s, Drake started appearing in theatrical films. Following a number of uncredited parts as an extra, his first film credit was in the film "The Howards of Virginia" (1940), as the character James Howard. The setting of the film was 18th-century Virginia. In the film, the protagonist Matt Howard (played by Cary Grant) is a war orphan. His father was killed in the Braddock Expedition (1755), a failed British campaign during the French and Indian War. The impoverished Howard gains the favor and political patronage of Thomas Jefferson (1743-1826), and uses this connection to acquire land and wealth, and build a new dynasty of plantation owners. But this family is undermined by the class difference and tensions between "new money" Matt and the "old money" heiress which he married.

In 1942, Drake received his first taste of fame by starring in the hit Broadway play "Janie". Afterwards, he was signed to a full contract with the film studio Metro-Goldwyn-Mayer. Drake was 24 years old, but was found ineligible for military service in World War II; his medical exams diagnosed a heart disease.

Drake's most memorable role during the War was the character John Truett in the musical "Meet Me in St. Louis". Truett was the boy next door, who served as the love interest for the character Esther Smith (played by Judy Garland). Following the War, Drake appeared in over 30 films and several television series. He broke out of typecasting in 1959, when playing gang leader Abe McQuown in the Western film "Warlock".