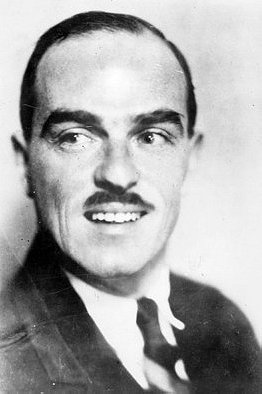 Wilder was born in Madison, Wisconsin, the son of Amos Parker Wilder, a newspaper editor and U.S. diplomat, and Isabella Niven Wilder. All of the Wilder children spent part of their childhood in China because of their father's work.

Wilder had a twin brother who died at birth. His older brother, Amos Niven Wilder, was Hollis Professor of Divinity at the Harvard Divinity School, a noted poet, and foundational to the development of the field of theopoetics. Amos was also a nationally ranked tennis player who competed at the Wimbledon tennis championships in 1922. His sister, Isabel, was an accomplished writer. Both of his other sisters, Charlotte Wilder, a poet, and Janet Wilder Dakin, a zoologist, attended Mount Holyoke College.

Although Wilder never discussed being homosexual publicly or in his writings, his close friend Samuel Steward is generally acknowledged to have been a lover. Wilder was introduced to Steward by Gertrude Stein, who at the time regularly corresponded with both of them. The third act of Our Town was famously drafted after a long walk, during a brief affair with Steward in Zurich, Switzerland.

In Penelope Niven's biography, "Thornton Wilder: A Life", she provides considerable correspondence evidence that the third act of "Our Town" was not written in response to any walk, conversation, or affair with Samuel Steward but was written months afterward. Niven also raises doubts about Steward's uncorroborated and unsubstantiated claims of having been Wilder's lover.

3. The Bridge of San Luis Rey

3. The Bridge of San Luis Rey

1. The Bridge of San Luis Rey

2. Our Town: A Play in Three Acts (Perennial Classics)

1. Paris Was a Woman

1. Paris Was a Woman

darthjoker12 added this to a list 6 years, 1 month ago