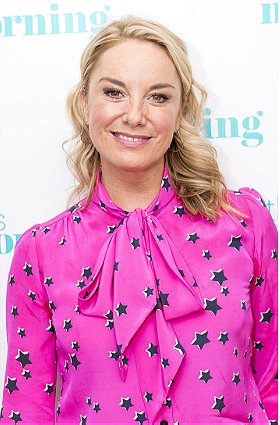 Her last appearance on Eastenders was transmitted on April 12, 2002. "Mel" left the show in dramatic fashion.

At 12 Tamzin joined the Stagestruck Theatre Company in Ilford

At 16, she left school to join the London Studio Centre, King's Cross, London, where she studied dance and drama. On graduation, Tamzin was awarded the Sheila O'Neal Cup, the trophy for best all-rounder.

Tamzin's parents sent her to Trinity High, a Catholic independent school in Woodford: she was not very academic, but good at sports.

Tamzin has stated in recent interviews that she left "Hotel Babylon" (2006) because she has stayed long enough to make such an impression for her role as "Rebecca", the feisty boss, that she didn't want the viewers to "penalise" her for being the character more than Tamzin herself. [2007]

Her favorite song is "River" by Joni Mitchell.

Returned to work 12 months after giving birth to her daughter Florence to begin filming "Paradox" (2009).

darthjoker12 added this to a list 8 months, 3 weeks ago

Razorback voted for an image 9 months, 2 weeks ago

sh56 voted for an image 4 years ago

ciollini voted for an image 4 years, 2 months ago