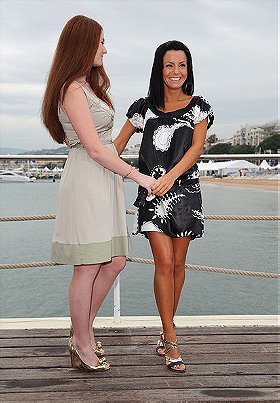 The duo established their success with their debut single "All the Things She Said", which gained acclaim from music journalists and critics, who deemed it one of the best singles in early 2000s. The video of the single, however generated controversy worldwide, showing the girls kissing in the rain in school uniforms. Along with the number-one single, the following records "Not Gonna Get Us" and "All About Us" gained success and also charted at No. 1 on other contemporary music charts.

The duo released six studio albums; three English and three Russian. The album 200 km/h in the Wrong Lane achieved huge success worldwide and eventually became the first group ever to get the IFPI Europe platinum award for the same album in two different languages. Due to their success, the duo were recognized as one of the most successful female music acts to emerge in the early decade and have established themselves as the most successful Russian act to date.

t.A.T.u. represented Russia in the 2003 Eurovision Song Contest, performing "Ne Ver', Ne Boysia", finishing in third place. In March 2011, the duo officially announced their separation, due to personal reasons and conflicts between them and embarked on solo careers, which started around the end of 2008. As of 2012, t.A.T.u. have sold over 15 million records, and both the Russian and English version of 200 Km/h are listed amongst the best-selling albums by a girl group. They reunited in late December 2012 for a concert. ... (more) (less)
My tags: