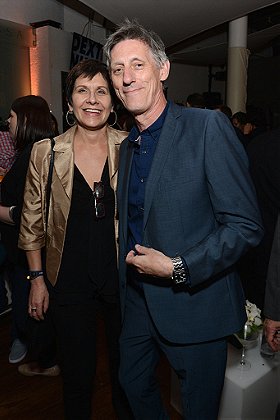 Steve was admitted into the BBC Drama Director's Course in 1993. He went on to direct EastEnders, Casualty and The Bill before relocating to New York in 1999. After working primarily for Sidney Lumet and Dick Wolf, Steve began to work for HBO on The Wire in Baltimore and then The Sopranos, Rome, Deadwood, Carnivale and Big Love. He was nominated for a 2006 WGA Award for his writing on Deadwood.

In 2010, Steve won the Emmy for "Outstanding Directing in a Drama Series" for his work on the Showtime series "Dexter." He earned the award for his direction of the Season 4 finale, "The Getaway."

Steve is represented by CAA and 3 Arts Entertainment and lives in Los Angeles with his wife and three children. ... (more) (less)
Tags: Director (1)
My tags:

1. The Last Temptation of Christ

1. The Last Temptation of Christ

2. The Last Temptation of Christ