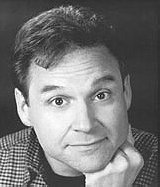 Agent Kermit D. Fonz added this to a list 1 week, 6 days ago
Gone, but not forgotten (1469 person items)

Brian G added this to a list 5 years, 9 months ago

" Stephen Furst (Kent Dorfman) Stephen Furst burst onto the scene in Animal House as Delta legacy and butt of all jokes Kent 'Flounder' Dorfman, who, like Larry, is accepted as a Delta Tau Chi house because the misfit frat needs their dues money. Furst went on to a variety of TV roles and voice work. He last appeared in 'Basilisk: The Serpent King,' which he also directed. "