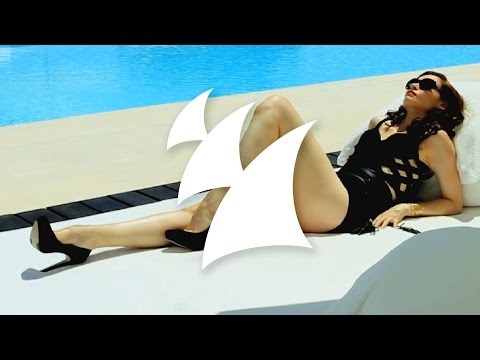 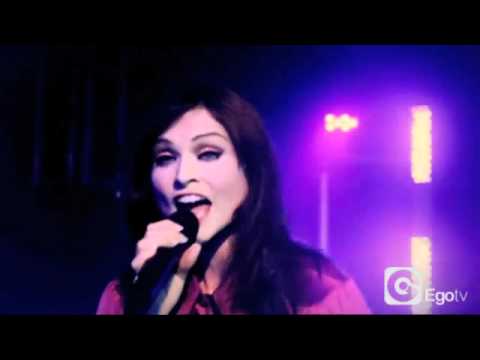 Her solo debut album, Read My Lips, was released in September 2001. The album reached number two on the UK albums chart and was certified double platinum by the British Phonographic Industry (BPI). The record experienced international success; it sold more than 2 million albums worldwide. It produced four singles, three of which reached the top three in the UK. In 2003, Read My Lips won the Edison Award for "Best Dance Album". Ellis-Bextor's second album, Shoot from the Hip, was released in October 2003. The album reached number nineteen in the UK and produced two top ten singles. Trip the Light Fantastic, her third album, was released in May 2007. It album reached number seven in the UK. The album produced three singles, one of which reached the top ten in the UK.

Sophie has released on June 15, 2009 "Heartbreak (Make Me a Dancer)", collaborating with the Freemasons, becoming her 9th Top 20 hit in the UK, and a worldwide dance smash hit. Sophie's first extended play, Sophie Ellis-Bextor: iTunes Live in London, was released on iTunes in August 2009. Her fourth studio album Make a Scene is set to be released on June 13, 2011 in the UK.

Read My Lips is the debut album by the English pop singer Sophie Ellis-Bextor released on 27 August 2001 by Polydor Records.
After minor success with the band The Audience in the late 1990s, Ellis-Bextor went on to have a hugely successful collaboration with Spiller in 2000. The track, "Groovejet (If This Ain't Love)", was a UK no.1 and the 8th best-selling single there for that year. Ellis-Bextor began working on her first solo album the same year. During an interview with ShowBiz.ie in April 2002, she explained her reasons behind naming the album.

Shoot from the Hip is the second album by British pop–dance singer Sophie Ellis-Bextor. It was released by Polydor Records on 27 October 2003 in the United Kingdom, and was produced by Gregg Alexander, Matt Rowe, Jeremy Wheatley and Damian LeGassick.
Shoot from the Hip became the singer's least commercially successful album release in the United Kingdom, where it reached number-nineteen on the album chart, producing two singles, "Mixed Up World" and "I Won't Change You", which reached number-seven and number-nine in the UK charts, respectively.
The release of a third single, either "Love It Is Love" or "Party In My Head", ("Love It Is Love" being the favoured track), was briefly discussed as a possibility by Sophie herself on her official message board shortly after the release of "I Won't Change You".
Internationally, the album was released in the autumn of 2003, but little interest was generated outside the United Kingdom, where it was certified Gold for shipments over the 100,000 copies, although the album did get to #35 on the Swiss charts. Apart from "Murder on the Dancefloor", Ellis-Bextor's solo material had not been released in North America until June 2007, when Shoot from the Hip was added to the US iTunes Store.
The songs "I Won't Dance With You" and "The Walls Keep Saying Your Name" feature Ellis-Bextor's ex-boyfriend and ex-manager, Andy Boyd, although his name does not appear in the album credits.
The international editions of the album don't include "Making Music", "I Won't Dance with You" and the hidden track "Physical", a cover of Olivia Newton-John's 1981 number one single, a change which has drawn criticism from Sophie.

Trip the Light Fantastic is the third solo album by British pop singer Sophie Ellis-Bextor. It was released on May 21, 2007 following the release of the lead single, "Catch You" and the second single, "Me and My Imagination". The album was available on the internet on May 18, 2007, three days before the UK release date. It debuted inside the UK albums chart at #7 and has to date sold 42,753 copies in the United Kingdom.
"Today the Sun's on Us" was the third single released from the album. It was released on August 13, 2007 and prompted the album to re-enter the charts at #99. In an interview with Digital Spy on 2 August 2007, Sophie confirmed that the fourth single was to be "If I Can't Dance". However, the release of a fourth single from the album was cancelled as Sophie's then-next single became the first from her following album.
The album can be purchased in the United States via Amazon.com. The track "If I Can't Dance" also features in the 2007 film St Trinian's.

Make a Scene is the fourth studio album from English singer/songwriter Sophie Ellis-Bextor, released in Russia on April 18, 2011 by Universal Records and due for release in the United Kingdom on June 13, 2011 by Ellis-Bextor's own record label, EBGB's. It is her first studio album since 2007's Trip the Light Fantastic.
Make a Scene originated from recording sessions for a Greatest Hits compilation set for release in the autumn of 2007. The success of those recording sessions led Ellis-Bextor and her record label at the time, Fascination Records, to change their plans and record a full studio album instead. Following the release of several singles in 2009 and 2010, the album title was announced in early 2010, and subsequently changed to Straight to the Heart later that spring. Ellis-Bextor changed the album title back to Make a Scene in late 2010 and announced the final album title in a posting on her Facebook account in January 2011.
"Bittersweet" was released in May 2010 as the album's first solo single. Prior to that, Ellis-Bextor featured on two singles as a guest vocalist: "Heartbreak (Make Me a Dancer)" with Freemasons, released in June 2009, and "Can't Fight This Feeling" with Junior Caldera, released in February 2010. A third collaboration, "Not Giving Up on Love" with Armin van Buuren, was released in August 2010. The album's 2011 release will coincide with the release of "Starlight" and "Off & On" in different territories. Make a Scene had success in Russia, peaking at number 12 on the album chart. ... (more) (less)
Tags: Singer (6), British (5), Blue Eyes (4), Model (4), Brunette (3), Talented (2), Leggy (2), Born 1979 (2), 1979 (2), England (2), English (2), April 10 (1), Born In April (1), Norwich City FC Fan (1), NOT Italian (1), Rimmel (1), Born In 1979 (1), Maybe (1), UK (1), Tall (1)
My tags:

3. Shoot From the Hip

Look Left voted for an image 1 month, 2 weeks ago

looksharp voted for an image 3 months, 3 weeks ago

dvirgueza added this to a list 4 months, 2 weeks ago
Hottest Girls born in 1979 (50 person items)

wolfenstein voted for an image 6 months, 3 weeks ago

tijtij voted for an image 7 months ago

Botzu voted for an image 9 months ago

Botzu voted for an image 9 months ago

parryj voted for an image 10 months, 2 weeks ago

tijtij voted for an image 10 months, 3 weeks ago

redraider voted for an image 1 year ago

worshipping voted for 4 images 1 year ago

ria2u posted a image 1 year ago

worshipping voted for an image 1 year ago

radigast voted for an image 1 year, 1 month ago

looksharp voted for 20 images [View All] 1 year, 1 month ago

SomeBloke voted for 12 images [View All] 1 year, 2 months ago

northernhokie voted for 127 images [View All] 1 year, 2 months ago

looksharp voted for 10 images [View All] 1 year, 2 months ago

SomeBloke voted for an image 1 year, 3 months ago

Stepan_Kant voted for an image 1 year, 4 months ago

ChihuahuaDaddy voted for an image 1 year, 4 months ago

radigast voted for an image 1 year, 5 months ago