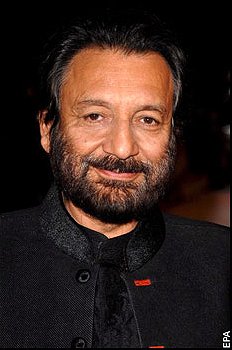 In 1994, Kapur's controversial film BANDIT QUEEN received international acclaim when it was presented in the Directors Fortnight of the Cannes Film Festival. Kapur attracted massive media attention with the film and, despite an initial ban by the Indian government, BANDIT QUEEN went on to be released in several countries. BANDIT QUEEN was selected by Time Magazine as one of the Ten Best Films of the Year.

Kapur grew up in India, moving to England in 1970. Although he intended to become a chartered accountant, he soon developed an interest in photography and film. He took small acting parts in a number of films; and, later, took the lead in four major movies before moving behind the camera as a director. He also served as a talk-show host on the Channel 4 series ON THE OTHER HAND; and produced a number of television commercials.

His next directorial project is LONG WALK TO FREEDOM, the film biography of Nelson Mandela. Screenwriter William Nicholson has adapted Mandela's 1994 autobiography of the same name, and Anant Singh is producing. The film is scheduled for release in the fall of 1999.

5. There Is No Direction (2005)
View all Shekhar Kapur movies