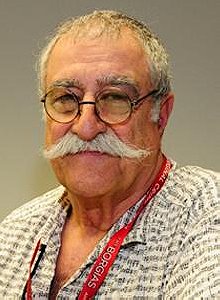 Among his peers and fans, Aragonés is widely regarded as "the world's fastest cartoonist." The Comics Journal has described Aragonés as "one of the most prolific and brilliant cartoonists of his generation." Mad editor Al Feldstein said, "He could have drawn the whole magazine if we'd let him." ... (more) (less)
My tags:

4. When We Went MAD!
View all Sergio Aragones movies

4. When We Went MAD!
View all Sergio Aragones movies