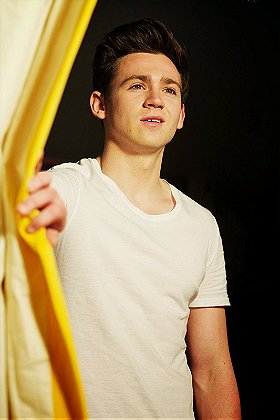 View all Scott Haran pictures
Though best known to young audiences as the sixteen year old schoolboy wizard in children's show 'Wizards Vs. Aliens' Londoner Scott was actually twenty when he landed the role having been born in April 1992. He attended Kingsbury High School - in its time well-known for doubling as fictional school 'Grange Hill' - and went on to study at the London Film Academy from 2011 to 2012, during which time he had a couple of small roles in TV dramas, 'Wizards' being his big break.
My tags: