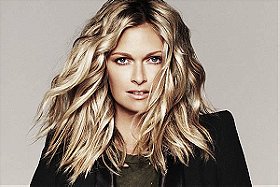 Since returning to Australia Sarah has become well recognised as a television presenter as well as hosting The Today Show over four months and co-hosting The Project. In 2008, through her production company Room 329 Productions, Sarah signed a multi-year deal with FOXTEL as host and Executive Producer of Australia's Next Top Model. Over three seasons it was the most successful and highest rating non-sports program for Foxtel. In 2010 the series won the ASTRA Award for Most Outstanding Light Entertainment program and in 2011 for Most Outstanding Reality Program. In 2011 Sarah won the ASTRA for Favourite Female Personality. In addition to the success of that program, Room 329 Productions produced an original series of four 1-hour documentary specials for FOXTEL titled Sarah Murdoch presents: Pride of Australia to highlight our unsung Australian heroes. She has also been awarded the Cosmopolitan Magazine Award for Television Personality and the Madison Magazine award for Style Icon.

As a brand ambassador Sarah worked for over 11 years with Bonds, where she successfully developed and advertised a profitable women's line. In 2011 Sarah became Brand Ambassador for Vaalia Yoghurt, a brand that is about health and well-being and is in partnership with the Murdoch Childrens Research Institute.

Sarah is passionate about contributing to the community. In 1997 Sarah began working with National Breast Cancer Foundation of Australia (NBCF) and became Patron in 2001. Since her involvement fundraising has increased from approximately $1million per year to $17.5 million in 2012 raising a total of $137 million. Sarah addressed the National Press Club about the activities of the foundation in 2006 and again in 2008. The quality of her advocacy for breast cancer research was the inspiration for NBCF to create the Inaugural Advocacy for Breast Cancer Research Award, which she was awarded after 10 years of service as Patron in 2011. Sarah is also Chair of the NBCF's Women's Advisory Network which aims to fast-track research via Register4; a national online register with over 30,000 members.

Since 2000, Sarah has been Ambassador for the Murdoch Childrens Research Institute, the largest child health research institute in Australia, and a member of its Development Board with a focus on raising awareness and research funds for the institute.

In 2003 Sarah was awarded the Celebrity Advocacy Award by Research Australia and the InStyle Magazine Award for Charity/ Community.

In 2004, Sarah was appointed International Ambassador for The Australian Ballet and is currently Deputy Chairman having been a board director since 2006.

In 2006, Sarah co-authored Birth Skills with Juju Sundin educating women about birth. Sarah was appointed to the Federal Government's National Body Image Advisory Group in 2009 to address the growing problem of lack of self-esteem in Australia's youth.

In April 2013, Sarah joined the board of the Australian Research Alliance for Children and Youth (ARACY), a non-profit organisation which focuses on bringing together researchers, policy makers and practitioners, to turn the best evidence into action to benefit all young Australians. Currently, Sarah is also a member of an advisory board with Global Access Partners working in Early Childhood Education.

Sarah is a member of the Australian Institute of Company Directors.