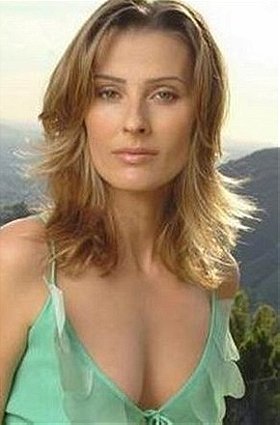 Hess began modeling and working on television commercials when she was 15. After completing high school, she entered the University of Zurich to study law but before completing her degree she came to the United States to build an acting career.

Once settled in Los Angeles, Hess started taking acting classes. Her first role was in the 1992 film Encino Man, playing a cave-woman to Brendan Fraser's caveman character. In 1997, she played the role of Sonya Blade in the film Mortal Kombat: Annihilation, taking over the role played by Bridgette Wilson in the first film. In 1998, she portrayed Immortal bounty hunter Reagan Cole, a friend of Duncan MacLeod's, in a sixth season episode of Highlander: The Series.

Henny added this to a list 9 months, 2 weeks ago
swiss actress (126 person items)

franceseattle added this to a list 10 months, 3 weeks ago
Most Beautiful Actresses (326 person items)

parryj voted for an image 2 years, 7 months ago

mtc voted for an image 3 years, 7 months ago

irishblue added this to a list 4 years, 1 month ago
My Perfect Swiss Beauties (14 person items)

irishblue added this to a list 4 years, 1 month ago
Perfection (2755 beauty items)