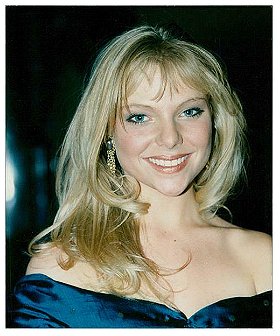 In recent years she has been best known for playing the role of Ronnie Mitchell in EastEnders until the character was killed off in early 2017, but made her name in the mid-1990s as Mandy Wilkins in Game On. Her portrayal as Ronnie has gained her more prominence and acting roles after being out of the limelight for numerous years. Womack has since became a household name and Ronnie has become one of the most iconic EastEnders characters since it began in 1985. For this role, Womack has been awarded and nominated for many awards.

She also played Tanya Porter in Sky One comedy-drama Mount Pleasant from 2013 until the final episode in 2017. Since leaving EastEnders, Womack has toured across the United Kingdom playing Morticia in the stage musical The Addams Family.

Womack initially planned a career in singing and she represented the United Kingdom in the 1991 Eurovision Song Contest. She released her first (and only) single A Message to Your Heart in April 1991 which reached No. 30 in the UK Singles Chart. The response to the performance made her rethink her plans and she later began a successful acting career although her first role was in Jekyll and Hyde in 1990 before representing United Kingdom in Eurovision. ... (more) (less)
Tags: British (2), Actress (2), Female (1), 1972 (1), Scorpio (1), November 2 (1)
My tags:

steve1955 voted for an image 8 months ago

Look Left voted for an image 1 year, 4 months ago

lovedriver voted for an image 1 year, 9 months ago

Zeke21 voted for an image 2 years ago

fantazjusz voted for an image 2 years ago

compcua added this to a list 4 years ago
Who's the best Kida ? (35 person items)

compcua posted a image 4 years ago

SomeBloke voted for 9 images [View All] 5 years, 4 months ago