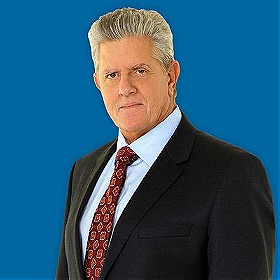 McMurray was born in New York City, the son of Jane (née Hoffman) and Richard McMurray, both actors.

He was the first person to guest star on the TV series "Los Simpson" (1989), which holds the record for Most Guest Stars Featured in a TV Series (as of 2011).

(2012) People come up and quote lines from The Wizard, and I don't know what the hell they're talking about. It was [directed by] Todd Holland, who of course went on to much success with Garry Shandling [on The Larry Sanders Show] and so forth. I had a good time on the set. It was interesting, 'cause Christian Slater was breaking out big, although the star really of the moment was Fred Savage. I thought Beau [Bridges] was terrifically tuned into what was happening. He took the work seriously-not without a sense of humor, but he was just always there and focused. Christian at the time I think was exploring his particular persona, and he was... what can I say, he was completely enamored of Jack Nicholson. Every time they'd basically wrapped a shot, he'd go "Can I have one more?" and he'd do it à la Jack. And they'd go, "Fine," and then we'd move on. ... (more) (less)
Tags: American (1), Actor (1), Voice Actor (1), Born 1952 (1), Born 1957 (1), Glen (1), Say That Reminds Me... (1)
My tags: