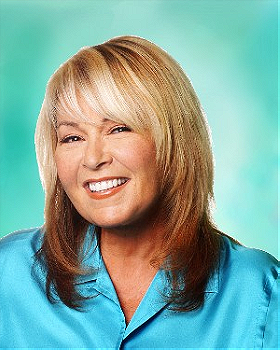 Roseanne Barr has an accumulative net worth of about $80 million.

Barr threw herself into politics, seeking the nation's top office in 2012. She tried for the Green Party's presidential nomination, before losing out to Dr. Jill Stein. Barr then ran as the Peace and Freedom Party candidate. In an interview with Vulture, Barr said she didn't expect to win but was hoping to raise awareness about the country's flawed political system. "I wanted to show how hard it is for anyone who doesn't have $1 billion, who doesn't have any infrastructure, to get their name on the ballot."

Roseanne for President!, a documentary on her presidential bid, debuted in 2015. Around this time, Barr revealed that she was experiencing health problems. She told the Daily Beast website that she has macular degeneration and glaucoma, which will eventually cause her to lose her vision.

1. Roseanne: My Life As a Woman

1. Roseanne: My Life As a Woman

IsabellaSilentRose added this to a list 3 years, 11 months ago
Golden Globes 2018 (156 person items)