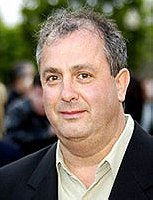 Michell was born in Pretoria, South Africa but spent significant parts of his childhood in Beirut, Damascus and Prague as his father was a diplomat. He was educated at Clifton College where he became a member of Brown's house in 1968. He studied at Cambridge University and in 1977, he won the prestigious Royal Shakespeare Company Buzz Goodbody Award (named after the acclaimed British female director Buzz Goodbody, who committed suicide at the age of 29). Michell graduated from Cambridge in 1977.

Michell was married to the actress Kate Buffery, but they are now divorced. They have two children, daughter, actress Rosie and son Harry. His partner is now Anna Maxwell Martin, with whom he has two daughters named Nancy and Maggie.

After graduating from Cambridge in 1977, Michell moved to London and began an apprenticeship at the Royal Court Theatre and worked as assistant director to noted British playwright John Osborne and Irish playwright Samuel Beckett. During this period, he also worked with stage manager Danny Boyle, who would also go on to a successful directing career. ... (more) (less)
Tags: South African (2), Director (2), Died 2021 (2), British (1), English (1), Male (1), BAFTA Winner (1), Born 1956 (1)
My tags:

3. The Lost Honour of Christopher Jefferies

Agent Kermit D. Fonz added this to a list 4 months, 3 weeks ago
Gone, but not forgotten (1451 person items)