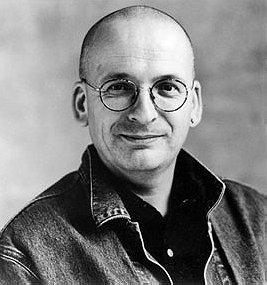 1 vote
View all Roddy Doyle pictures
Roddy Doyle (born 8 May 1958) is an Irish novelist, dramatist and screenwriter. He is the author of ten novels for adults, seven books for children, seven plays and screenplays, and dozens of short stories. Several of his books have been made into films, beginning with The Commitments in 1991. Doyle's work is set primarily in Ireland, especially working-class Dublin, and is notable for its heavy use of dialogue written in slang and Irish English dialect. Doyle was awarded the Booker Prize in 1993 for his novel Paddy Clarke Ha Ha Ha.
Tags: Writer (1), Irish (1), Author (1), Novelist (1), Booker Prize Winner (1)
My tags:

2. Barrytown Trilogy: "The Commitments", "The Snapper" and "The Van"

4. The Woman Who Walked Into Doors

irishblue added this to a list 5 years, 10 months ago
Irish Writers (24 person items)