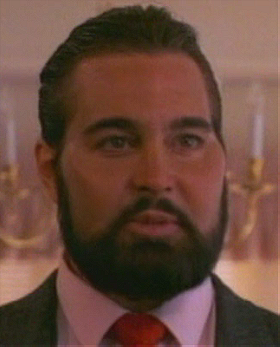 Big, brawny and imposing, with an enormous face, gigantic jaw, and a massive, muscular physique, the hulking 6'2" Z'Dar projected a strong, aggressive, and intimidating screen presence that was ideally suited for the steady succession of mean, nasty, and extremely scary larger-than-life villains he often portrayed throughout a career that spanned over three decades. Z'Dar acted in his film debut in the mid-1980's. He achieved his greatest and most enduring cult movie fame as the vengeful, relentless, and seemingly indestructible undead New York City police officer Matt Cordell in the immensely entertaining "Maniac Cop" pictures. Among Z'Dar's other memorable roles were a prison guard in the enjoyably sleazy "Hellhole," a crazed prostitute-murdering serial killer in "The Night Stalker" (this part directly led to Z'Dar being cast as Matt Cordell), a vicious criminal who savagely beats up Sylvestor Stallone in "Tango and Cash," the Angel of Death in "Soultaker," a smooth drug dealer in the delightfully outrageous "The Divine Enforcer," and Linnea Quigley's abusive husband in "The Rockville Slayer."