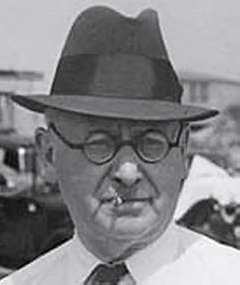 Robert Wiene was born in Breslau, as the elder son of the successful theatre actor Carl Wiene. His younger brother Conrad also became an actor, but Robert Wiene at first studied law at the University of Berlin. In 1908 he also started to act, at first in small parts on stage. His first involvement with film was in 1912, writing and directing Die Waffen der Jugend.

His most memorable feature films are the 1920 horror film The Cabinet of Dr. Caligari and Raskolnikow (1923), an adaptation of Dostoyevsky's Crime and Punishment, both of which had a deep influence on the German cinema of that time.

After Hitler took power in Germany, Wiene left Berlin, and went first to Budapest, where he directed One Night in Venice (1934), later to London, and finally to Paris where together with Jean Cocteau he tried to produce a sound remake of The Cabinet of Dr. Caligari.

napier added this to a list 2 years, 8 months ago
Immigrants of Germany and Austria (23 person items)