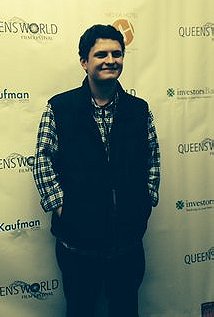 In 2013, Ralph made his first "recognized" short titled "Paper Bag" which got him an award at his schools film festival. At the age of 16 Ralph began to suffer from mild depression and insomnia as his former group of friends turned toward drug use. He soon took those negative experiences and incorporated them into a screenplay. By 2014 he decided to make the 30 page script into a film with the help of his friends. The shoot lasted six months and in June of 2014 he released his first major film "The High" which has since been shown at the Queens World Film Festival and won him the "Emerging Filmmaker" award.

2015 was a big year for Ralph. Not only was he becoming popular among festivals, but his youtube channel began growing a substantial fan base. While his films are very well received and are fairly popular, his film reviews are what really put him on the map. In addition, Ralph released his new film "King Candy" which has been very successful and has been considered for multiple film festivals. Although the film was very well received, many in Ralph's inner circle said the film was too cynical, violent and dark. Film festivals have already turned it down saying "It was too long and disturbing to be considered."