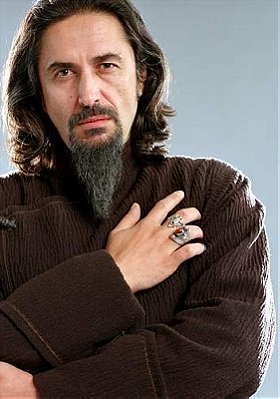 61 votes
From Wizards to Muggles (70 items)
list by discordany
Published 11 years, 4 months ago

Bjelac began his career in his home country of Yugoslavia, where he remains one of the leading stars of film and television, with credits including Stand By and 120 SA 80. He has gone on to star in various European productions, including Harrison's Flowers in France and The Final Victim in Belgium.

American audiences may well recognize him from the American teen comedy Eurotrip.

His television credits include NBC's Cries of Innocence, Ariana's Quest and Children of the Dune.

In the UK Bjelac has starred in Warriors, alongside Damian Lewis and Ioan Gruffudd, and in Charles II, in which he starred alongside Rufus Sewell. ... (more) (less)
Tags: Harry Potter (2), Male (1), Actor (1)
My tags:

lalabellexoxo added this to a list 2 years, 10 months ago

lalabellexoxo added this to a list 4 years, 4 months ago

"As Jafar from Aladdin."