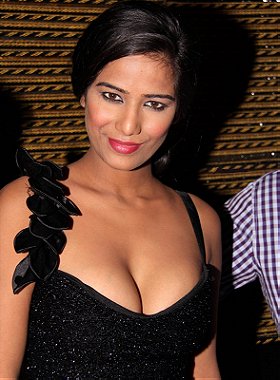 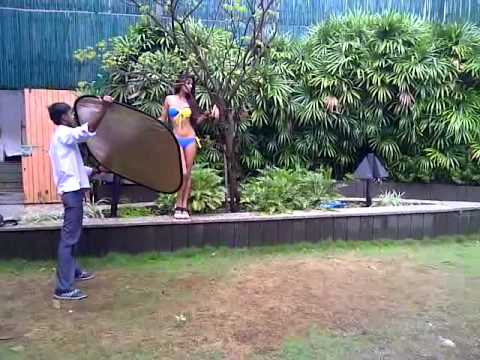 In March 2011, she said that she was ready to strip naked in front of the stadium crowd if India goes on to win the 2011 Cricket World Cup. An FIR on the charge of obscenity was lodged against her at Kotwali dehat police station on the direction of the Chief Judicial Magistrate, Balrampur, India. The Bharatiya Janata Party Women's wing also filed a police complaint against her in Mumbai stating her comment as a cheap publicity gimmick.

She didn't fulfill her promise of getting nude citing lack of permission from the Board of Control for Cricket in India. Hindustan Times dubbed it as "the biggest hoax in recent times." In an IANS interview, Poonam Pandey told that the stripping comment worked for her and helped her in getting famous. [11] Later, she also posted a hoax MMS of her on Twitter and Facebook. After that she clarified that the MMS was just a video on her photo shoot for a magazine.[12]

During the India v/s England series in September 2011, Poonam Pandey gained the media attention when she posted her bikini clad photographs on Twitter. She was quoted tweeting that "“The world will see that I lived up to my inspiration. now, I am sure my team will beat England."

In an interview, Poonam also alleged that she had received innumerable messages and phone calls after the world cup from people all over the country asking her to keep up her words and strip immediately. However, she maintained that she was willing to go naked any moment and that her only concern was the legal repercussion. However, the Indian cricketers refrained from making any comments on this topic.

In popular culture, Poonam's publicity stunt has often been referred as the cheapest and most unimaginative ones in recent times.[citation needed]

Henrike voted for an image 3 months, 1 week ago

nand voted for an image 4 months ago

SpaceGhost voted for 2 images 5 months ago

Henrike voted for 7 images [View All] 7 months, 3 weeks ago

sparky voted for 4 images 8 months ago

sparky voted for 4 images 8 months ago

3DoctorWho voted for 9 images [View All] 8 months, 2 weeks ago

some_collector voted for 2 images 9 months ago

bendo888 voted for an image 9 months ago

probiotico voted for 39 images [View All] 10 months, 3 weeks ago

krosis voted for an image 11 months, 1 week ago

speedy5243 voted for an image 1 year ago

ronfr07 voted for an image 1 year, 2 months ago

donpa voted for an image 2 years, 2 months ago

Fae Tae voted for an image 2 years, 2 months ago