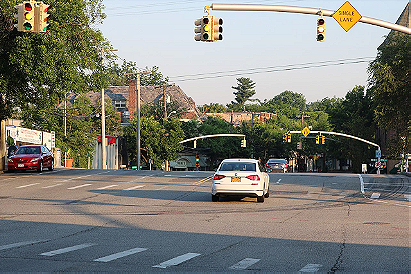 View all Great Neck, New York pictures (2 more)
Great Neck is a region on Long Island, New York, that covers a peninsula on the North Shore and includes nine villages, among them Great Neck, Great Neck Estates, Great Neck Plaza, Kings Point, and Russell Gardens, and a number of unincorporated areas, as well as an area south of the peninsula near Lake Success and the border territory of Queens. The incorporated village of Great Neck had a population of 9,989 at the 2010 census,[2] while the larger Great Neck area comprises a residential community of some 40,000 people in nine villages and hamlets in the town of North Hempstead, of which Great Neck is the northwestern quadrant. Great Neck has five ZIP Codes (11020–11024), which are united by a park district, one library district, and one school district.

The hamlets are census-designated places that consolidate various unincorporated areas. They are statistical entities and are not recognized locally. However, there are locally recognized neighborhoods within the hamlet areas, such as Harbor Hills, Saddle Rock Estates, University Gardens, and Manhasset. The Manhasset neighborhood (in ZIP Code 11030) is not considered part of Great Neck. The part of the Hamlet of Manhasset that is considered part of Great Neck includes the Great Neck Manor neighborhood. Great Neck Gardens is featured on many maps as a name of one such hamlet, even as the name is used rarely if ever by local residents.