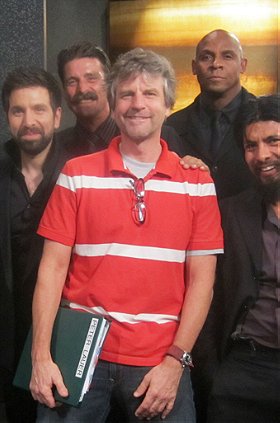 He directed the music videos "Run's House" for Run-DMC and "It Takes Two" for Rob Base and DJ E-Z Rock.

Lauer made his television directorial debut in 1993 directing an episode of The Adventures of Pete & Pete. He has since directed episodes of The Secret World of Alex Mack, Strangers with Candy, Dead Like Me, Arrested Development, Malcolm in the Middle, Chuck, Scrubs, Wonderfalls, Remember WENN, Sons of Tucson, and the Nickelodeon film Cry Baby Lane among other series. ... (more) (less)
My tags: