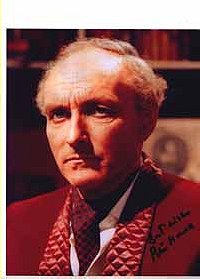 A regular in 1950s television hospital drama series Emergency – Ward 10, he has made guest appearances in The Avengers, The Prisoner, and the Doctor Who serial The Mutants. He played the prison governor in the 1979 film Scum. He played Saruman in the 1981 BBC Radio production of The Lord of the Rings. He also featured in the Yes Minister "Equal Opportunities" (1982) as a committee member. In the long running Radio 4 drama The Archers he had a recurring role as Right Reverend Cyril Hood, Bishop of Felpersham.