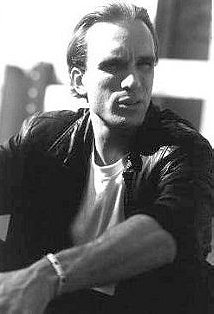 1 votes
The Most Reliable At Playing Villains (112 items)
list by jim222001
Published 1 year, 11 months ago
View all Peter Greene lists

He was then cast as the leading villain opposite Jim Carrey and Cameron Diaz in The Mask (1994), and as Redfoot in highly acclaimed crime drama The Usual Suspects (1995). In addition, the same year he had a supporting role as a bad guy in the Steven Seagal film Under Siege 2: Dark Territory (1995).

He's made guest appearances in the TV series Hawaii Five-O (2010) and Justified (2010), appeared as a policeman in Prodigy of Mobb Deep's music video for "A,B,C's", and was the focal point of House of Pain's music video for "Fed Up".