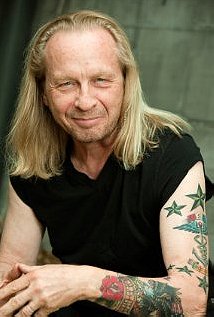 According to director Darius Marder, several high-profile actors were approached for the role, but for the sake of authenticity, Raci was selected because he was raised as the hearing son of deaf parents and he is fluent in American Sign Language. Raci is also a Legally Certified Sign Language Interpreter and has worked in the Los Angeles Superior Court System for over 25 years. He also served as a Hospital Corpsman (HM2) in the United States Navy aboard the USS Coral Sea (CVA-43) from 1969-1973, during the Vietnam War. ... (more) (less)
Tags: Military (1), Medic (1), Actor (1), Veteran (1), Navy (1), US Navy (1), Vietnam War Veteran (1), Parks And Recreation (1), USN (1)
My tags: