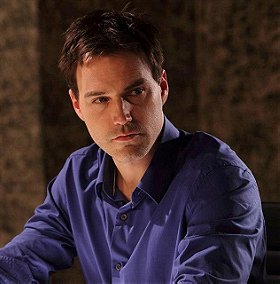 View all Paul Popowich pictures
Born in Hamilton on March 2, 1973, Popowich was raised in Stoney Creek, Ontario. In high school, he studied dramatic arts and classical piano. When he was 15 he landed his first professional acting role in the feature Tommy Tricker and the Stamp Traveller with La Fete Productions. Popowich has performed in numerous features and television series.
My tags: