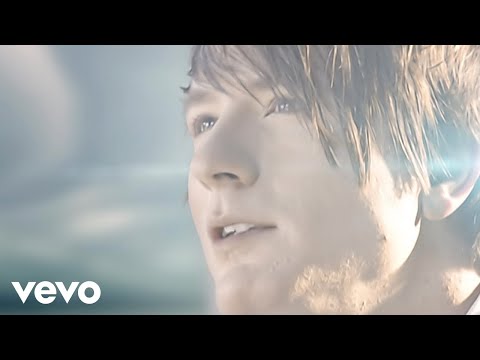 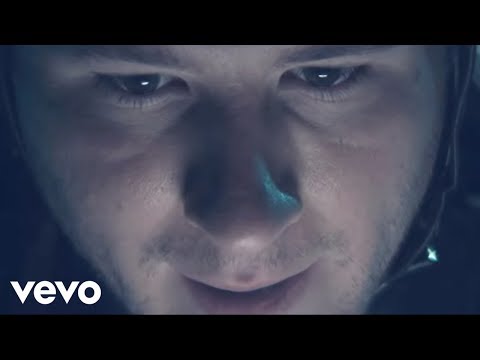 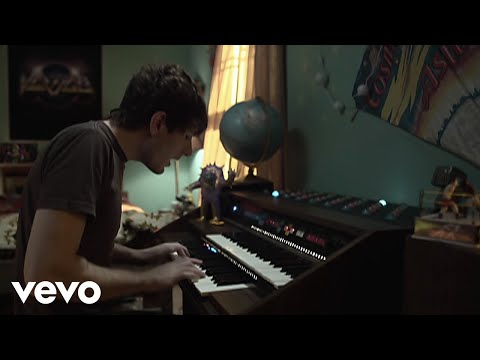 Ocean Eyes is the second full-length album by electropop act Owl City. It was made available for download on July 14, 2009, on iTunes, and on September 1, 2009 it was released in stores with a photograph of the Burj Al Arab as its album artwork. A vinyl edition and a two-disc Deluxe Edition of the album was also released. The Deluxe Edition was released on January 26, 2010, and features three new tracks and a remix of "Hello Seattle". The album features guest vocals by Relient K vocalist, Matt Thiessen, on the songs "Fireflies", "Cave In", "The Bird and the Worm" and "Tidal Wave".
"Fireflies" was released as the album's first single on July 14, 2009 in the US and on January 8, 2010 in the UK. It climbed the Billboard Hot 100 slowly until reaching #7 and leaping to #1 the following week. "Fireflies" topped the Billboard Chart for two non-consecutive weeks, as well as topping the iTunes Top 100 Chart for several weeks. "Fireflies" was originally released as a free US iTunes digital download the week the album had its digital release in the US, which could have contributed to the single's massive success. "Fireflies" also reached No.1 on the Official UK Singles Chart on January 24, 2010.
"Vanilla Twilight" was released as the album's second US single on January 26, 2010 to radio, the same day that the deluxe edition of Ocean Eyes hit stores. During the same week that "Fireflies" topped the Hot 100, "Vanilla Twilight" debuted at #95. It has since re-entered and re-peaked on the Hot 100 at #72 on the week ending January 9, 2010.
"Umbrella Beach" was released as the album's second UK single on May 17, 2010. "Umbrella Beach" was originally released promotionally on November 19, 2009, preceding the release of the official first single "Fireflies." An exclusive remix created by Kenny Hayes is included on the single release. There is also a music video available for it. Unlike "Fireflies" and "Vanilla Twilight", Adam does not appear in the video aside from a few photos.

All Things Bright and Beautiful is the third studio album by Owl City. It was originally planned to have a worldwide release date of May 14, 2011. On the 6th of April however, Young posted on his official site that the release date had been bumped to June 14, 2011. He stated that the reason for this was, "In an attempt to better connect the dots and ensure that every cloud in the sky is stitched together with its own special silver lining," and "with school finally out for the summer, it'll be a perfect time to sit back and watch the fireworks."
Owl City's first official single for the album, "Alligator Sky" featuring Californian rapper Shawn Chrystopher, was released on March 22, 2011. The single debuted at number one on the iTunes top Electronic songs charts. There are currently three versions of the track. The first version features Shawn Chrystopher, the second features different lyrics and Chrystopher's vocals are omitted, and finally a third version featuring Atlanta rapper B.o.B leaked online.
An exclusive single, "Lonely Lullaby", has been released to all members of Owl City Galaxy, a club you automatically become a part of when you preorder 'All Things Bright and Beautiful'. The song mentions Annmarie many times, a reference to Adam Young's ex-girlfriend, Annmarie Monson. This is one of the first songs that Young has included acoustic piano in one of his works, not including 'Sky Sailing' or any of his other side projects.
To promote the upcoming album, Adam uploaded samples of four songs (Dreams Don't Turn To Dust, Alligator Sky featuring Shawn Chrystopher, Galaxies, and Deer In the Headlights), as well as a poll for listeners to select their favorite song off the upcoming album.
On April 19, 2011, "Galaxies" became available for purchase and download on iTunes. This is the second single to be released off the new album. ... (more) (less)
Tags: Alternative (2), Indietronica (2), Electronica (1), Alternative Rock (1), American (1), Singer (1), Awful (1), Synthpop (1), Talented (1), Talentless (1)
My tags:

2. Legend of the Guardians: The Owls of Ga'Hoole: Original Motion Picture Soundtrack (2012)

lalabellexoxo added this to a list 2 years, 4 months ago
Music That Has Inspired My Writing (450 person items)

KylieTLJFergie rated this 9/10 2 years, 9 months ago