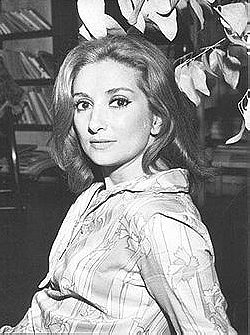 2 votes
View all Norma Aleandro pictures
Norma Aleandro is the Grande Dame of Argentine theater and cinema the foster mother in The Official Story (1985). To say nothing of her courageous political stance, her progressive views during the military dictatorship in the late 70s forcing her to go into exile to Uruguay. Back in Argentina, she became known internationally following her poignant role in The Official Story (1985) and soon co-starred in a few Hollywood movies such as Gaby: A True Story (1987) and James Ivory's The City of Your Final Destination (2009). Honored by many awards, Norma Aleandro is a key figure of the performing arts of Argentina.
Tags: Actress (1), Argentinian (1), Born 1936 (1)
My tags: