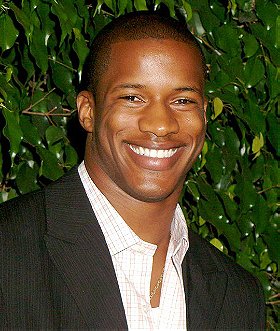 32 votes
Casting the rest of the Avengers (Marvel) (50 items)
list by RicardoP
Published 9 years, 1 month ago

As a sophomore at Pennsylvania State University in 1999, he and a teammate were accused of having had non-consensual sex with a woman who had passed out, but when she admitted during the trial to having had consensual sex with Parker the day before the alleged rape, Parker was acquitted in 2001. Parker married Erie, Pennsylvania-native Sarah DiSanto, whom he met while they were attending Penn State, in Erie's Frontier Park during the summer of 2007. He is a University of Oklahoma alumnus. ... (more) (less)
Tags: Actor (2), Male (1), American (1)
My tags:

Dj Levels added this to a list 1 day, 8 hours ago
Behind the camera...Black directors (49 person items)

IsabellaSilentRose added this to a list 4 years, 8 months ago
Met Gala 2016 (194 fashion items)