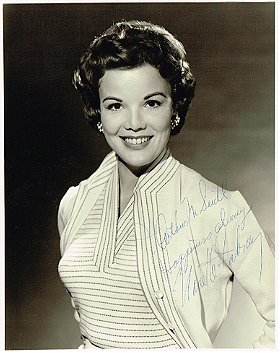 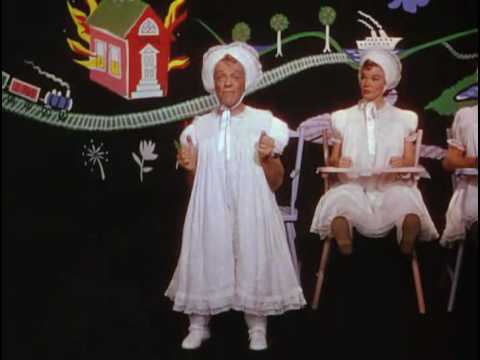 Fabray overcame a significant hearing impairment and has been a long-time advocate for the rights of the deaf and hard of hearing. Her honors representing the handicapped include the President's Distinguished Service Award and the Eleanor Roosevelt Humanitarian Award.

Fabray was born Ruby Bernadette Nanette Fabares in San Diego, California, to Raul Bernard Fabares, a train conductor, and Lily Agnes McGovern, a housewife. The family resided in Los Angeles and Fabray's mother was instrumental in getting her daughter involved in show business as a child. At a young age, she studied tap dancing with, among others, Bill “Bojangles” Robinson. She made her professional stage debut as "Miss New Years Eve 1923" at the Million Dollar Theater at the age of three. She spent much of her childhood appearing in vaudeville productions as a dancer and singer. She appeared with stars such as Ben Turpin.

Fabray's parents divorced when she was nine, but continued living together for financial reasons. During the Great Depression, her mother turned their home into a boarding house, which Fabray and her siblings helped run. In her early teenage years, Fabray attended the Max Reinhardt School of the Theatre on a scholarship. She then attended Hollywood High School, where she graduated in 1939. She entered Los Angeles Junior College in the fall of 1939, but withdrew a few months later. She had always had difficulty in school due to an undiagnosed hearing impairment, which made learning difficult. She eventually was diagnosed with a hearing loss in her 20s after an acting teacher encouraged her to get her hearing tested. Fabray said of the experience, "It was a revelation to me. All these years I had thought I was stupid, but in reality I just had a hearing problem."

Fabray's first husband, Dave Tebet, was a Vice-President of NBC. Her second husband was screenwriter Ranald MacDougall, who numbered Mildred Pierce and Cleopatra among his credits, and who served as President of the Writers Guild of America in the early 1970s. The couple was married from 1957 until his death in 1973. They had one child.

Fabray is a resident of Pacific Palisades, California.

In 2001, she wrote to advice columnist Dear Abby to decry the loud background music used on television programs.

michealoh voted for 2 images 1 year ago

Kandi voted for 6 images [View All] 2 years, 5 months ago

aLittleTyger voted for an image 3 years, 11 months ago

Dark Shadows voted for an image 4 years, 8 months ago

Kandi voted for an image 6 years, 1 month ago