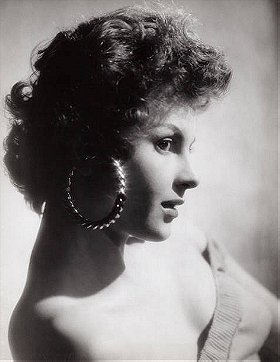 She acted in two James Bond films; From Russia with Love, as the mistress of Kerim Bey, and a smaller but still notable appearance in the pre-credit sequence of Goldfinger. Her TV roles included The Avengers, Danger Man, The Saint and Dixon of Dock Green.

In the 1970s her work included reading and selecting film scripts for production by film companies including Rank Films and Hammer Films. In 1980, she and her sister Jelena formed Honeyglen Publishing Ltd, a small publishing company, specialising in philosophy of history, belles lettres, biography and some fiction.[1] She now devotes her time to writing and has written a novel, The Victims and the Fools, a children's story, The Puppet Planet, and has begun working on her Memoirs. ... (more) (less)
Tags: Bond Girl (2), Born 1931 (2), Died 2019 (2), Hot (1), Goddess (1), Beautiful (1), Stunning (1), Exotic (1), Yugoslavian (1), Died Aged 87 (1), Raven Haired (1), I Would Do Her If I Had A Time Machine (1), Needs Too Be Cloned (1)
My tags:

Kendraatje voted for an image 2 years, 4 months ago

nedavidson voted for an image 2 years, 10 months ago

Stehako added this to a list 3 years, 1 month ago

Sndi voted for an image 3 years, 4 months ago

powerking14 voted for an image 3 years, 9 months ago

Mass. Patriot added this to a list 3 years, 11 months ago

irishblue voted for an image 5 years, 2 months ago