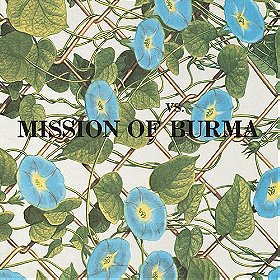 32 votes
My 600 Favorite Albums Of All Time (600 items)
list by Pandoras Folly
Published 7 years, 3 months ago

View all Vs. pictures

The album is hailed as one of the classic examples of the post-punk movement and is ranked number 49 on Pitchfork Media's Top 100 Albums of the 1980s. Pitchfork writer Chris Dahlen states, "Boston's finest art-punk trio-plus-tape-guy recorded just one studio full-length, and it's a massive legacy. Assessable not in tunes but in grinding velocity, it's texturally complex and high-energy. Roger Miller's guitar varies from hypnotic repetition on "Trem Two" to sounding like a power line flailing in a pool of rain, while the rhythmic noise divides into shards for Martin Swope's tape manipulations; Miller as vocalist is prone to outbursts and declamations, while Clint Conley sings with his vulnerabilities in barbed wire on his sleeve." ... (more) (less)
Manufacturer: Ace of Hearts
Release date: 18 March 1982
Number of discs: 1
EAN: 0014431034022 UPC: 014431034022
Tags: 1982 (1), Mission Of Burma (1)
My tags:

CD Smiles added this to a list 5 months, 1 week ago

Gauntlet added this to wanted list 10 months, 4 weeks ago

JxSxPx added this to a list 2 years, 8 months ago

""I think we're just a closet prog-rock act that happened during punk," Mission of Burma's Clint Conley once said. But the Boston avant-screech band pioneered an arty approach to punk with its 1980 debut indie single, "Academy Fight Song." Vs. is a complex headphone record, yet it's also a festering racket — with the anti-Reagan screed "That's How I Escaped My Certain Fate," and the throbbing tremolo trance of "Trem Two.""