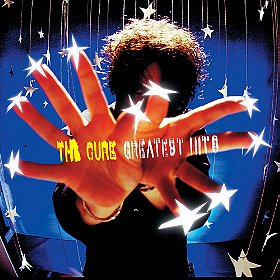 “With a career as expansive and varied as the Cure’s it is nearly a fool’s errand to try and sum up their career on a single-disc retrospective. There’s just too many various moods and styles that they’ve covered over the years, but this 2001 disc is a perfectly fine sampler platter. Think of it less as a definitive document detailing Robert Smith and company’s whimsical darkness and fine pop mopery, and more like an introductory course.   Greatest Hits gives too short a shift to their spiky early days, so brilliantly heard on Staring at the Sea, which encapsulated their first decade, and perhaps leans too heavily on tracks already found on Galore, which condensed their next. Sure, songs like “Just Like a Heaven” and “Pictures of You” are their best-known and beloved on” read more

JxSxPx added this to a list 5 years, 6 months ago

"Eighteen songs over 23 years, from the post-punk benchmarks (“Boys Don’t Cry”) and Eurodisco (“The Walk”) to melancholy passion plays (“Lovesong”) and ’90s hits (“Friday I’m in Love”), this is the perfect introduction to Robert Smith and the Cure’s pop mopery. Standout track: “Just Like Heaven”"