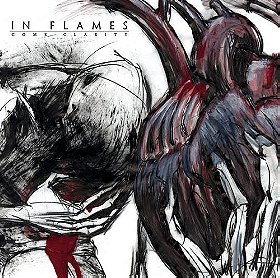 This album was originally entitled Crawl Through Knives but was changed to its current title and the track itself is listed incorrectly on some programs as "Crawling Through Knives" along with others such as "Reflect the Storm" as "Reflect the End", and "Versus Terminus" as "End of All Things".[citation needed]

This album features the artwork of Derek Hess, who is popular among metal bands and has produced artwork for Converge and Sepultura amongst others. Specifically with Sepultura, their album Roorback's artwork has a similarity.

The song "Take This Life" is featured in Guitar Hero III: Legends of Rock and music videos were produced for this song along with "Come Clarity".

Ghosthack added this to a list 4 years, 5 months ago
All Time Favorite Albums (70 music items)