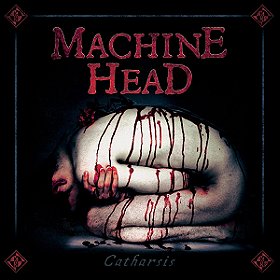 If heavy music stands for anything, it’s freedom. Formed in Oakland, California in 1991, Machine Head have forged a formidable reputation and huge global fan base by never surrendering their artistic liberty or compromising their belief in the power of heaviness. Exploding into the consciousness of metalheads worldwide with their seminal 1994 debut album ‘Burn My Eyes’, the band led by singer/guitarist Robb Flynn have consistently raged against the grain, producing a steady stream of lead-heavy but fiendishly inventive modern metal records that have both defined and redefined the sound of metal in the 21st century.
Manufacturer: Nuclear Blast
Release date: 26 January 2018
Number of discs: 1
EAN: 0727361351922 UPC: 727361351922
Tags: Heavy Metal (1)
My tags:

Darth Brutus rated this 2/10 2 years ago

SchwarzerAbt voted for an image 4 years, 2 months ago

SchwarzerAbt added this to a list 4 years, 2 months ago
Discography of... Machine Head (16 music items)

Juuso posted a image 5 years ago