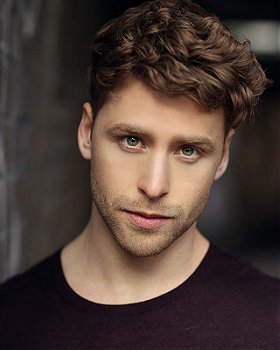 Hewer appeared on the cover of the March and October 2007 issues of gay lifestyle magazine Attitude, where the magazine did a "Gays on TV" feature which included stars from Skins, Hollyoaks, Coronation Street and Shameless.[citation needed] He also appeared nude in the June 2008 issue of Cosmopolitan in aid of testicular cancer research.[4]

Hewer has also taken part in many other modeling photoshoots including one photographed by Kai Z Feng. Hewer starred in the cancelled music drama, Britannia High, in the role of Danny Miller.[5] He also appeared in the popular ITV2 show Xtra Factor as a guest on the panel with host Holly Willoughby. He also made an appearance on the popular BBC comedy show Never Mind the Buzzcocks alongside team captain Davina McCall and singer Alesha Dixon. He has also appeared on ITV's This Morning as well as Watch's Richard and Judy's New Position.

After he finished his role in Skins he played the role of Danny Miller in Britannia High. The teenage comedy drama was compared to the likes of High School Musical and Fame with a British influence. The show was cancelled after one season due to poor ratings.

In December 2009, Hewer appeared in musical Never Forget, based on the songs of boyband Take That. He played stripper Dirty Harry alongside Michelle Collins. The show took place at Fairfield Halls in Croydon, London.[6][7]

Magdalena added this to a list 2 years, 8 months ago
Actors (365 person items)

Cleopatra added this to a list 4 years, 4 months ago
Guys I would stare at (100 person items)

matt added this to a list 5 years, 3 months ago
Most beautiful men on earth 3 (200 person items)

matt added this to a list 5 years, 5 months ago
Most beautiful men on earth 7 (200 person items)