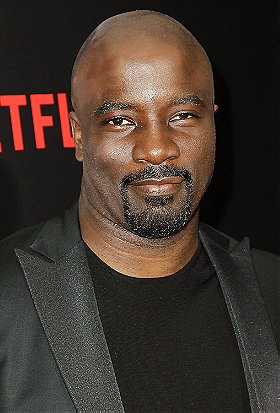 He got the role without ever meeting Clint in person prior to the first day of shooting. The following year he received exceptional reviews for his turn as CJ Memphis a guitar-playing blues singer in The 2005 revival of the Pulitzer prize winning " A Soldier's Play." The play had been a big off-Broadway success and was made into a movie starring Denzel Washington and many of Hollywood's up-and-coming African-American actors in 1984. Mike kept his nose to the grindstone with a role in Adam Bock's new play "Drunken City that world premiered at Playwrights Horizon in 2008. Mike splits his time between New York and L.A. working in film and television.

Received his M.F.A. from Rutgers University in 2001 with classmate Andrea Anders.

His brother is a secret service agent.

Performed voice-over work on Ken Burns documentary The War (2007) but his work was cut the final edit.

Graduated from Calhoun County High School where he was voted most ambitious in his Senior Class.

Is a cousin of actress Viola Davis.

Briefly studied Chekhov technique with Lenard Petit while at Rutgers.

Working on a the film Taking Chance. Starring Kevin Bacon, directed by Ross Katz due for release in 2008. [August 2007]

darthjoker12 added this to a list 9 months, 1 week ago

nverland voted for an image 1 year, 1 month ago

Georgini added this to a list 2 years, 11 months ago

unicornsugar added this to a list 3 years, 3 months ago
Faces: The South (36 person items)

IsabellaSilentRose added this to a list 4 years, 11 months ago

SwtChaos added this to a list 5 years, 1 month ago

Handsome Actors from across the USA (51 person items)

IsabellaSilentRose added this to a list 5 years, 10 months ago

kathy voted for an image 5 years, 11 months ago