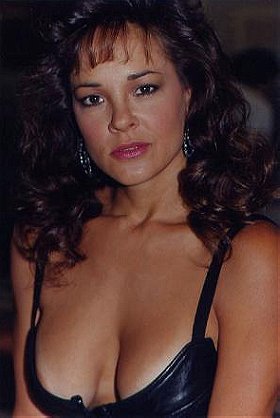 Bauer was Penthouse magazine's Pet of the Month for July 1981.

Bauer also starred in the classic pornographic film Cafe Flesh (1982) under the name of Pia Snow. She states that she was happy to appear in the film, and on the covers of other X-rated films, but insisted on a double for the sex scenes.[citation needed] Bauer appeared in several other pornographic titles under her Pia Snow moniker, including Bad Girls, Bizarre People (in bondage gear), Nightdreams, and others.

Bauer's Penthouse centerfold appearance led to acting for the Playboy Channel and a film try-out for director Fred Olen Ray. Ray liked her audition, and offered her the part if she would be willing to dye her hair black. Her first B-movie was The Tomb (1986), it would be the first of many.

Bauer is her married name, from her first husband. After they divorced, he filed a lawsuit requesting she not use it for her films. She tried appearing as Michelle McClellen, using the name of her second husband, in Hollywood Chainsaw Hookers (1988), but the press resisted, so she returned to Bauer, which the first husband eventually accepted.
TRIVIA:
Penthouse Pet of the Month July 1981

Began her film career in X-rated hardcore movies as "Pia Snow", including the classic Café Flesh (1982), before moving into mainstream movies.

Interviewed in the book "Invasion of the B-Girls" by Jewel Shepard.

lovedriver voted for an image 7 months, 4 weeks ago

hollywoodparis rated this 10/10 11 months ago

shotswerefired rated this 6/10 2 years, 5 months ago

Troncha Todo voted for an image 4 years, 2 months ago

davidfromlille posted a image 5 years ago