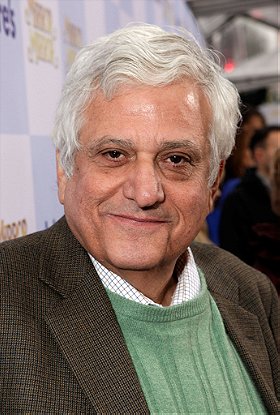 During the seventies, Lerner began making several guest appearances in television shows such as The Brady Bunch, The Odd Couple and M*A*S*H. He appeared in three episodes of The Rockford Files. In 1974, he appeared in the teleplay The Missiles of October as President John F. Kennedy's press secretary Pierre Salinger.

In 1970, Lerner made his film debut in the Donald Sutherland picture Alex in Wonderland. He then went on to appear in supporting roles in various Hollywood movies such as Robert Redford's The Candidate, Charles Bronson's St. Ives and Jack Nicholson's The Postman Always Rings Twice. In 1991, after co-starring in the Eddie Murphy comedy Harlem Nights, Michael played film producer Jack Lipnick in the Coen Brothers' Barton Fink, a performance for which he received an Academy Award nomination for Best Supporting Actor.

Lerner's later projects include the Christmas comedy Elf and Poster Boy, as well as appearing in television programs such as Law and Order: Special Victims Unit and Entourage.

British audiences know him best for his role in a 1990s TV ad for Heineken lager saying, "You like the limo? It's yours".

2. Roots of Healing: The New Medicine

3. The Left Hand of God: Taking Back Our Country from the Religious Right (2006)

1. The Left Hand of God: Taking Back Our Country from the Religious Right (2006)

3. Roots of Healing: The New Medicine