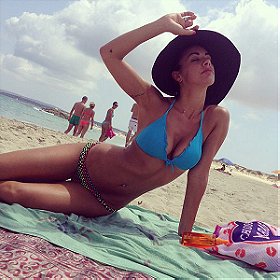 280 votes
Most Beautiful Women in the World...Today! (1755 items)
list by Avid Admirer
Published 8 years, 3 months ago 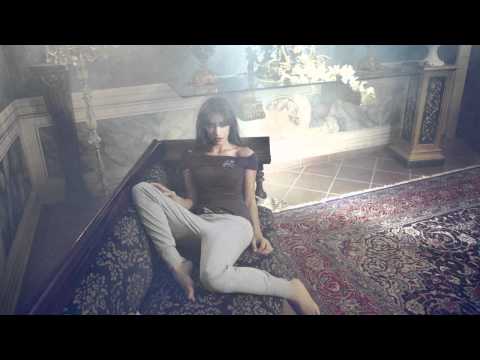 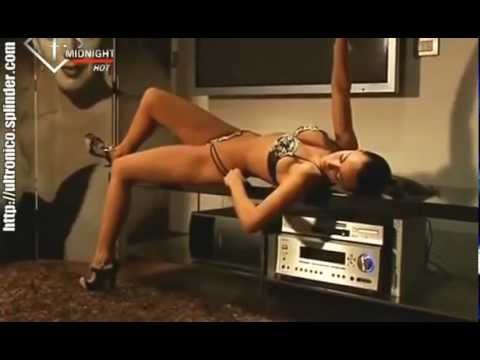 Originally from Cavriè di San Biagio di Callalta, a few kilometers away from the city of Treviso, in 2003 she began her career as a model . In the following years she participated in several minor beauty contests , as well as appearing as a guest and valley in some broadcasts of the local broadcaster Antenna Tre Nordest. Her first appearance on a national television network was in the Italia 1 Distraction program in 2006: in the same year and on the same network, she was also one of the sexy housewives of Le Iene. In January 2007 she became one of the contestants of the seventh edition of Big Brother , a reality show hosted by Alessia Marcuzzi on Canale 5 , eliminated in the ninth episode with 73% of the votes, in which she enjoyed success and notoriety: subsequently, she posed for several calendars , including the unveiled one for the Italia 1 Lucignolo program, of which it was sent in the summers of 2007 and 2008 with the nickname of Diavolita , enjoying considerable success. In the summer of 2007 a photo shoot of his above the monument inAlberto Burri in Gibellina , a monument in the Guinness Book of Records as one of the largest existing sculptures. From October 2007 to April 2008 Melita led, alternating with Alessia Fabiani , virtual Camerino - The Box Game on Italia 1 . She made her film debut as an actress because in 2007 she starred in the film A Light of Passion, directed by Ulderico Acerbi .

In autumn 2007 she was cast, together with Enzo Iacchetti and Giobbe Covatta , in Medici My , a sit-com broadcast in the autumn of 2008 on Italia 1 . In winter 2008 he hosted (together with Ciccio Valenti and Federica Panicucci ) Candid Camera Show on Italia 1 , in spring 2008 he hosted (together with Rosario Rannisi ) Rubacuori on Match Music and in autumn 2008 he took part in the third edition of La mole, a reality showconducted by Paola Perego on Italia 1 , in which she ranked third, enjoying considerable success with critics and audiences. In December 2008 he became a regular columnist in Quelli che il calcio e ... on Rai 2 ; the assignment ended in June 2016. After having been on Canale 5 before this New Year's Eve , the party hosted by Paola Perego, as a showgirl and then at the winter edition of Scherzi a parte (conducted by Belén Rodríguez together with Teo Mammucari and Claudio Amendola) as a "victim", in 2009 he returned to Italia 1 participating in the show of Ale & Franz Buona the first and becoming (together with Cristina Del Basso , Raffaella Fico and Francesca Fioretti ) one of the valleys of the comedy show Colorado ( both in the spring edition of Brescia - Braida and in the autumn edition of Brescia - Savino).

In the summer of 2009 she was one of the hosts of Real TV on Italia 1 : she will also be in the summers of 2010 and 2011. In January 2010 she posed without veils for the British edition of the famous international magazine FHM (for then pose for the Italian edition of FHM in October 2012 ). In July 2010 she was sent, together with Raffaella Fico, of Mitici '80 , a program of Italia 1 conducted by Sabrina Salerno , and in that period Melita Toniolo posed without veils for the cover, the photo shoot and the calendarby Playboy Italia.

In August 2010 he participated in the rotogravure of News Mediaset Bikini on Canale 5 and in the calendar of that program . Since September 2010 Melita (together with Veronica Ciardi and Raffaella Fico) has been one of the rotating hosts of Animal Real TV on Animal Planet (SKY). In autumn 2010 he joined the cast of A cell for two, a comic film directed by Nicola Barnabawhich was then released in cinemas on March 4, 2011 with great success. Also in the fall of 2010, Melita was hired for the second season of the sitcom of Italia 1 SMS - Very special team (and later also for the third season). In the 2010-2011 season he participated in Paperissima on Canale 5 ; on December 16, 2010 she was (together with Elena Santarelli ) sent from the sports fields of the Flaminio Stadium in Rome for the charity football match Finale Mediafriends Cup 2010 broadcast in prime time on Canale 5 with the conduction of Federica Panicucci together withAlfonso Signorini . On 31 December 2010 he participated (with Serena Garitta and Veronica Ciardi ) in New Year's Eve Cinque under the conduction of Barbara D'Urso . In 2011 she was chosen by the fashion house S'Agapò as testimonial of the Valentine's Day advertising campaign, then she was the testimonial of Diavolita Poker also participating in a documentary on Poker and then in the spring of the same year she initially joined the cast of the film Poker Generation as the female co-star by Francesca Fioretti, but then he had to give up this position due to previous contractual commitments with Mediaset and then in the summer of 2011 he participated in Quelli del Papeete , a sitcom of Italia 1 set in the famous local Romagna. From November 2011 to March 2012 Melita Toniolo toured Italy conducting the Colorado Tour festival and from September 2012 she returned to television acting in SPA , a sitcom directed and produced by Gianfranco Nullo broadcast on Italia 1 and Italia 2 in the 2012-2013 season .

In autumn 2012 her participation as a model in the advertising campaign of the fashion house Fruscìo was confirmed again for the second consecutive year and she was among the godmothers of the fashion show organized by Massimo Rebecchi . Together with the comedian Omar Fantini , from 6 December 2012 Melita is engaged, for 12 weekly episodes, in the conduct of Metropolis , a Comedy Central comedy show similar to the more famous Rai 2 program Made in Sud . In the summer of 2013 she was busy with the Radio Bruno summer tour because she was also a radio hosto guest in various radio spaces since 2010; in the same period Melita is also Mascot of the Italian Rugby team and Ambassador of the Coltril brand for the advertising season 2013-2014 with the relative posters. In September 2013 he participated in the various events of Stroili Oro and Blue Fashion .

In December 2013 she became one of the leading female faces of Comedy Central together with Margherita Zanatta and Justine Mattera; for that channel, Toniolo from 11 December 2013 returned to conduct together with Omar Fantini the second season (consisting of 12 weekly episodes in prime time) of Metropolis and in addition to what has been said she also leads a space all known as Mini Metropolis and therefore leads together with Omar Fantini the new show Super Metropolis . On December 31, 2013 she was the godmother of the eventPalasport Mirandola . Since 2014 he is the new face of the Only 50 cents brand as well as doing numerous services on the brand. In spring 2014 she returned to Italia 1 as correspondent of the Videonews Lucignolo 2.0 television rotogravure , hosted by Enrico Ruggeri and Marco Berry .

Maria Farioli voted for an image 5 days, 18 hours ago

sparky voted for an image 1 week, 4 days ago

shotswerefired added this to a list 2 weeks, 4 days ago
Italian Bombshells (86 beauty items)

thefuzzxd voted for an image 1 month, 1 week ago

dvirgueza voted for an image 2 months, 3 weeks ago

Silvio Berlusconi voted for 20 images [View All] 3 months, 1 week ago

chuckbb voted for an image 3 months, 3 weeks ago

chuckbb voted for an image 3 months, 3 weeks ago

Palermo Sicily voted for an image 4 months ago

Rick voted for an image 4 months, 4 weeks ago

emerica voted for an image 5 months ago