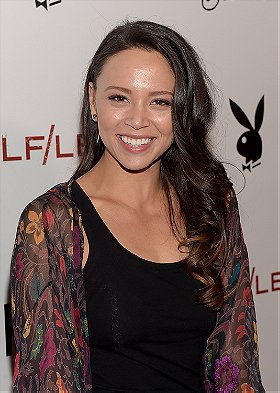 Melissa is also the youngest, and first female winner of Canadian Idol, resulting in a platinum selling single, a certified gold album, and a juno nomination for Best New Artist. Melissa was also the recipient for of the Dora Mavor Moore award for "best performance from a female in a leading role (musical)" for her performance as Eponine in Les Miserables. ... (more) (less)
Tags: Canadian (2), 1988 (1), Dark Matter (1), Canadian Idol (1), Masculine (1), Singer (1), Actress (1), Brunette (1), Brown Eyes (1)
My tags:

2. Death is the Harvest

2. Death is the Harvest

shadowhunter24 added this to a list 6 months, 1 week ago
Canada's Most Beautiful Women (30 person items)

Kat M added this to Rated list 6 months, 1 week ago

apo55a voted for an image 6 months, 3 weeks ago

shadowhunter24 added this to a list 7 months, 1 week ago

"Melissa O'Neil is a Canadian singer and actress. In 2005, O'Neil won the third season of Canadian Idol, the first Canadian female to have won. As an actress, she is known for her roles as Two/Rebecca/Portia Lin on the Syfy science fiction series Dark Matter and as Officer Lucy Chen on the ABC police procedural drama series The Rookie."

QUESTMAKER posted a image 8 months ago

shadowhunter24 added this to a list 8 months, 3 weeks ago
Eurasian Beauties (49 person items)

"as Lucy Chen in The Rookie"

Squeak voted for 2 images 1 year ago

psow voted for an image 1 year, 1 month ago