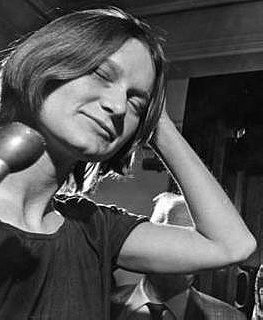 Brian G added this to a list 3 years, 12 months ago

"Mary Brunner was Manson's first follower, a relatively age-appropriate Wisconsin native who had moved west for a job at the UC Berkeley library. (Born in 1943, she was only nine years younger than the cult leader.) Brunner met Manson in 1967, and took him in. Soon she quit her job and they hit the road in a VW bus, going out to pick up the girls who would become the "family." She gave birth to their son, Valentine "Pooh Bear" Manson in April 1968 – according to legend, Charlie cut the um"