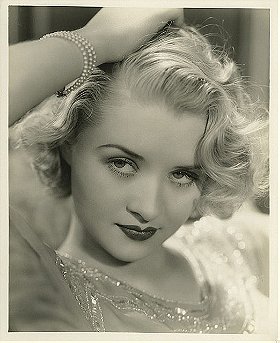 74 votes
Tribute to Glamorous Actresses of the Yesterday (257 items)
list by xolmis
Published 6 years, 2 months ago 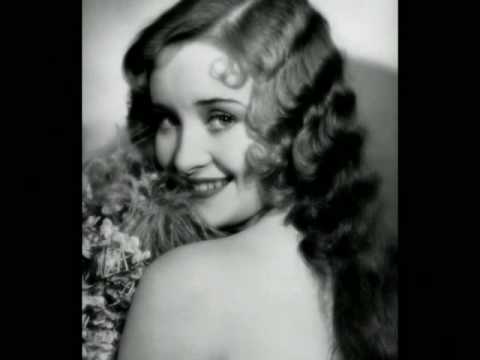 Violet Ethelred Krauth was born on October 17, 1913 in Trinidad, British West Indies (now Trinidad and Tobago), the youngest of four children of a German chocolate manufacturer and his French-English wife.

Due to World War I, Violet's father moved his family to Boston, Massachusetts. By the time Violet was ten, the family had relocated to California where Violet's older sister, an actress who went by the name of Jean Fenwick, eventually landed a job as a contract player with FBO Studios.

Violet attended La Conte Junior High School and Hollywood High School. In 1928, Violet was approached by silent screen actress Nance O'Neil, who offered her speech and movement lessons. With sister Jean's help, Violet soon entered the movies. Violet, now known as Marilyn Morgan, secured a contract with Pathé where she was featured in many short subjects under the name Marilyn Morgan. She was seen in a small roles in Howard Hughes' classic Hell's Angels (1930) and Eddie Cantor's lavish Technicolor musical Whoopee! (1930). Not long afterwards, she was signed by Warner Bros. and her name was changed to Marian Marsh.

In 1931, Marsh landed one of her most important roles in Svengali opposite John Barrymore. Marsh was chosen by Barrymore, himself, for the role of "Trilby". Barrymore coached her performance throughout the picture's filming. Svengali was based on the 1894 novel Trilby written by George du Maurier. A popular play, likewise entitled Trilby, followed in 1895. In the film version, which Warner Bros. had retitled Svengali, Marsh plays the artists' model Trilby, who is transformed into a great opera star by the sinister hypnotist, Svengali. The word "Svengali'" has entered the English language, defining a person who, with sometimes evil intent, tries to persuade another to do what he desires.

Marsh was selected as one of the WAMPAS Baby Stars of 1931. And, with the critical praise and the audience's approval of Svengali, she continued in a string of successful films for Warner Bros. including Five Star Final (1931) with Edward G. Robinson, The Mad Genius (1931) with Barrymore, The Road to Singapore (1931) with William Powell, the charming Beauty and the Boss (1932) with Warren William, and Under 18 (again with William).

In 1932, in the midst of a grueling work schedule, Marsh left Warner Bros. and took several film offers in Europe which lasted until 1934. She enjoyed working in England and Germany, as well as vacationing several times in Paris. Back in the United States, she appeared as the heroine, Elnora, in a popular adaptation of the perennial favorite A Girl of the Limberlost (1934) which also starred Louise Dresser. Marsh had fondly admitted that this was her favorite film role. In 1935, Marsh signed a two-year pact with Columbia Pictures. During this time, she starred in such films as Josef von Sternberg's classic Crime and Punishment (1935) with Peter Lorre, The Black Room (1935) regarded as one of Boris Karloff's best horror films of the decade, and The Man Who Lived Twice (1936) with Ralph Bellamy. When her contract expired in 1936, Marsh once again freelanced; appearing steadily in movies for RKO Radio Pictures where she made Saturday's Heroes with Van Heflin, and for Paramount Pictures where she played a young woman caught up in a mystery in The Great Gambini (1937). She also appeared with comic Joe E. Brown in When's Your Birthday? (1937), and Richard Arlen in Missing Daughters (1939). In the 1940s, Marsh played the wife in Gentleman from Dixie (1941) and, in her last screen appearance, Marsh portrayed the daughter in House of Errors (1942) which starred veteran silent film actor, Harry Langdon.

On 29 March 1938, Marsh married a stockbroker named Albert Scott and had two children with him. After Scott's death, Marsh married Cliff Henderson, an aviation pioneer and entrepreneur and moved to Palm Desert, California, a town Henderson founded in the 1940s.

Kendraatje voted for an image 2 years, 2 months ago

Kendraatje voted for 7 images [View All] 2 years, 5 months ago

xvicxtoriax added this to a list 3 years, 10 months ago
most beautiful faces (105 beauty items)

♥Márcia Alice ♡ voted for an image 4 years, 5 months ago

kathy voted for an image 5 years, 2 months ago

xolmis added this to a list 5 years, 6 months ago