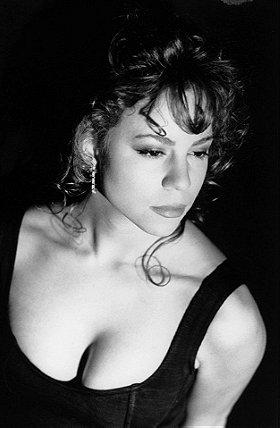 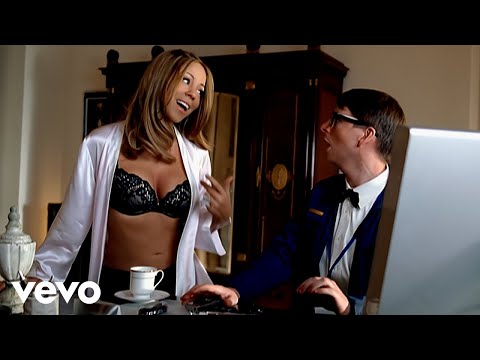 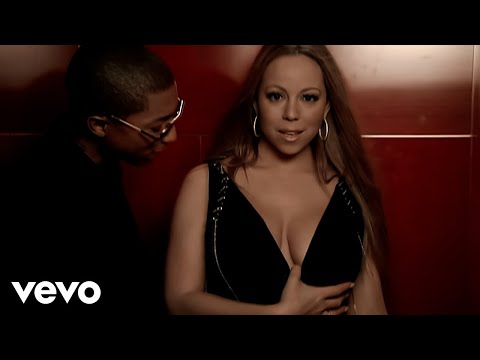 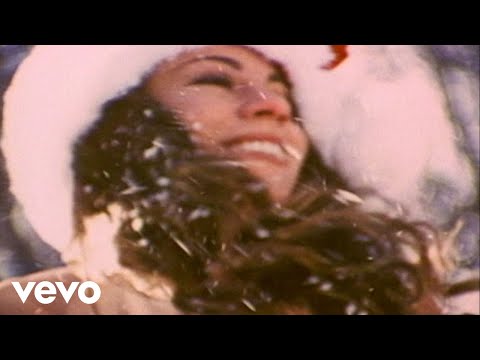 Mariah Carey - All I Want For Christmas Is You

Mariah Carey's grandfather is of an Cuban descent. He is certainly NOT Venezuelan or from Venezuela. Her father is Cuban/Afro Cuban.

At the age of 2 she had joined a church choir, where she was the youngest member at the time of participation.

Like all other artistes, she had been collaborating with Luciano Pavarotti, Justin Bieber, Ne-Yo, Jay-Z, JD and Patti LaBelle. Also at the same time, she had collaborated with Whitney Houston on their 1998 duet single titled "When You Believe", which at that time where it topped the charts for few months. It was the soundtrack for the animated film titled "The Prince of Egypt", which was also released one year later in some countries.

TRADE MARKS
At all her released albums, the Law & Order Font was used unchanged and mostly permanent on each albums and single covers which her released.

The Butterfly and the "M" logo was also used on her perfume and clothing lines.

Husky speaking voice contrasting her light, airy singing vocals. But her lower range was compared to a male baritone instead.

Her name was derived from the 1969 song "They Call the Wind Maria", but later shortly after she was born, her name was spelled mistakenly when her parents written her name, with one letter H added on her birth certificate statement. However, the song was part of actor Clint Eastwood's that year musical "Paint Your Wagon", which was enjoying a great deal of success.

Her mother, Patricia, was of Irish descent and ancestry, and her maiden surname was Hickey, and her father Alfred was of Afro-American descent and Afro-Venezuelan or Cuban origin, formerly surnamed Nunez.

Her paternal grandfather Roberto, had changing his surname from "Nunez" to "Carey" after moving to New York City from his native Cuba, saying that this new surname, which was of Anglo-Irish origin, would help him make a good life the United States. Roberto said that he had took that British surname from his biological father. He also said that his mother Margarita Nunez once had living with a man named Carey, but they were not married.

Named one of People Magazine's "25 Most Intriguing People of 2001".

In 2002 Island Def Jam through its parent company Universal Music bought in her USD 80 million contract for USD 28 million. The "Heartbreaker" hit maker's first album to be released by the company at that time was "Charmbracelet", an extended play which combines R&B and 1990s hit tunes into a mixed-styled rhythms in just one album. (As of 2014, the company currently released the latter's new album called "Me.I Am Mariah....The Exclusive Chanteuse", which also brought the return of the same rhythms that latter had performed.)

1. The Emancipation of Mimi

4. The Art of Letting Go

topmusique voted for an image 2 weeks, 1 day ago

TrekMedic added this to a list 4 weeks ago
And Here's Another Pitch! (39 person items)

fuskator voted for an image 1 month, 3 weeks ago

Fae Tae voted for an image 2 months ago

Fae Tae voted for an image 2 months, 1 week ago 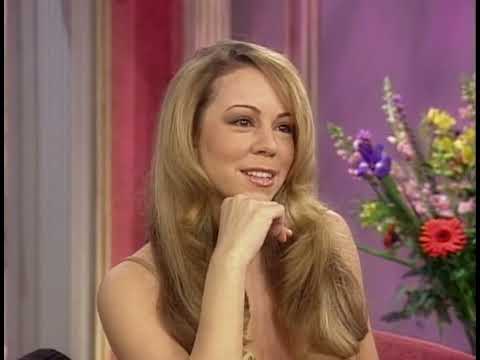 Fae Tae voted for an image 2 months, 3 weeks ago

Usuario anónima voted for an image 3 months, 4 weeks ago