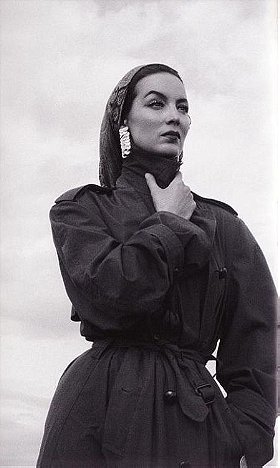 73 votes
Tribute to Glamorous Actresses of the Yesterday (257 items)
list by xolmis
Published 4 years, 11 months ago 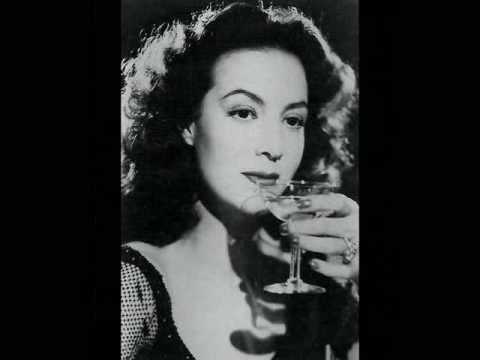 María was born María de los Ángeles Félix Güereña in Álamos, Sonora, Mexico. There is some dispute regarding the actress's date of birth. There is some opinion that she was born on 8 April 1914, which means that she died on her 88th birthday. However, her obituary in The New York Times states that she was born on 4 May 1914, which would have made her 87 at the time of her death on 8 April 2002. Some claim her birth certificate supports the 8 April 1914 birthdate, although no actual evidence (such as a copy of either the birth or the death certificate) has been presented as concrete evidence.

She was the ninth of twelve children born to Bernardo Félix, a Yaqui; and Josefina Güereña, who was Spanish. Her siblings were: Josefina, (María de la) Paz, Bernardo, Miguel, (María de las) Mercedes, Fernando, (María del) Sacramento, Pablo, Victoria Eugenia, Ricardo and Benjamin. She showed a strong temperament and preferred playing with boys rather than girls, which upset her sisters. During her teens, she reportedly had an incestuous relationship with her brother Pablo, who later was admitted to the Colegio Miltar in Mexico City, but died mysteriously soon after admission. The authorities claimed he committed suicide.

In 1931 she married Enrique Álvarez Alatorre, a seller of Max Factor whom she met in Guadalajara. He was the father of her only child, also actor Enrique Álvarez Félix. The couple divorced in 1938. She lived for a time at home with her parents until 1939, when she travelled with her son to Mexico City. However, soon after, her ex-husband took their son, whom she recovered in 1943.

María Félix was discovered by businessman Fernando Palacios in Mexico City. The Calderón Brothers, famous film makers in Mexico, led her to Hollywood, where she met Cecil B. DeMille, who offered her work in the Metro-Goldwyn-Mayer. María refused, wishing to work in Mexico. Palacios introduced her to the film maker Miguel Zacarías, who would give her the opportunity of starring El Peñón de las Ánimas alongside Jorge Negrete.

In 1943, she starred in Doña Bárbara, directed by Fernando de Fuentes and inspired in the novel of the Venezuelan writer Rómulo Gallegos. De Fuentes increased her popularity with such films as La Mujer sin Alma (1944) and La Devoradora (1946); the latter film made her the vamp of Mexican cinema during the 1940s. She declined work in Hollywood, claiming that Americans would only offer her Native American roles; as a result, she never achieved the fame in the United States that she achieved in Latin America and Europe. The role of "Pearl Chavez" played by Jennifer Jones in the 1945 film Duel in the Sun was reportedly written with Maria Felix in mind.

In 1945, Félix filmed Vértigo, directed by Antonio Momplet. According to Félix, because of this movie, she and Dolores del Río mistook their paths for a brief period of time. The film had been written for Del Río, but by mistake, the messenger sent the film to Félix. Meanwhile, Del Río finished filming the movie La Selva de Fuego.[3] In 1946, she came under the influence of director Emilio Fernández, with whom she made the films Enamorada (1946), Río Escondido (1947) and Maclovia (1948), launching her career throughout Europe.

She worked in Spain in Mare Nostrum (1948), Una mujer cualquiera, La Noche del Sábado (1950) and the Spanish-French film La Couronne Noire (1951). Later she moved to Italy where she filmed Messalina (1951, directed by Carmine Gallone) and Incantessimo Tragico (1951). In 1952 she work in Argentina, in the film La Pasión Desnuda, directed by Luis César Amadori. In 1953 she returned to México to film El Rapto, the last film of her third husband, Jorge Negrete.

3. The Bronze Screen: 100 Years of the Latino Image in American Cinema

2. The Bronze Screen: 100 Years of the Latino Image in American Cinema

giannicorso73 voted for an image 2 years, 1 month ago

cinephile96 added this to a list 2 years, 10 months ago

cinephile96 voted for an image 2 years, 10 months ago

cinephile96 added this to a list 4 years, 1 month ago
Most Beautiful Women - My Favorites (152 person items)

xolmis added this to a list 4 years, 11 months ago
Tribute to Glamorous Actresses of the Yesterday (257 person items)